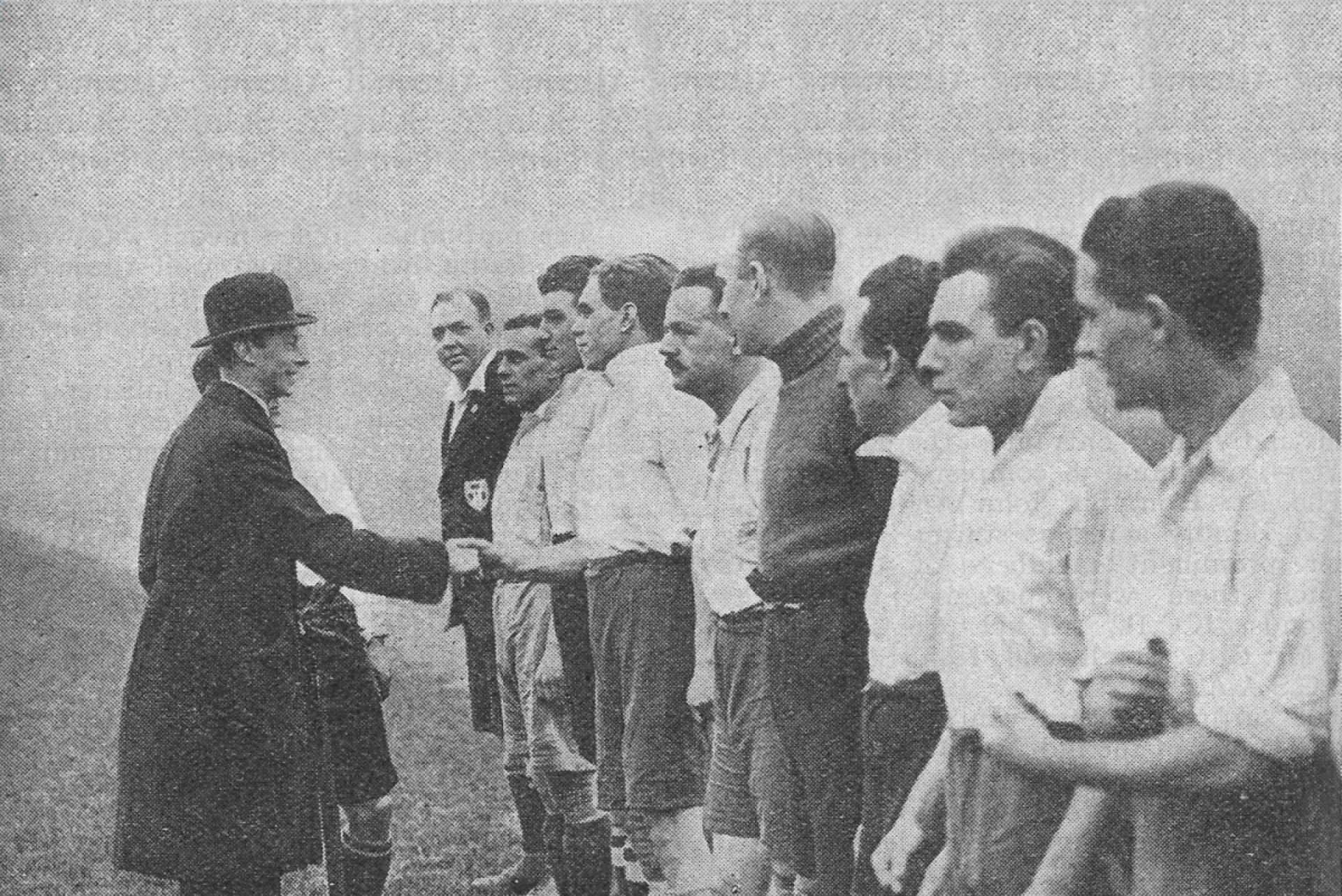 Today our journey goes back even further than CSSC’s conception to 1863. Twelve football clubs met up to agree the rules and regulations of an association for Football. Of course, they met in a pub. This is Britain after all.

In November 1922  Sir J Herbert Lewis presented a trophy bearing his name for a national 'soccer' knock-out competition to be played among CSSC football clubs. Described by Charles Howard, a key founder  as “the largest football trophy in the land, if not in the world”, the Lewis Cup is still competed for today. The first final was held at White Hart Lane , the home then of Tottenham Hotspurs FC.

In 2013 the Civil Service Football Club (CSFC) participated in a football match at Buckingham Palace, hosted by HRH The Duke of Cambridge, to mark the 150th anniversary of the Football Association and the CSFC.

Dating back to the 1860s, the CSFC, along with a further eleven clubs, met in a tavern at Covent Garden on 26 October 1863, to create the laws of football and the Football Association. CSFC are acknowledged as the sole surviving association football club from the original twelve clubs who formed the FA. Playing in the first ever FA Challenge Cup competition in the 1871/72 season - providing both umpires for the first final.

Between 1901 and 1926 CSFC pioneered football matches across continental Europe, regularly competing against what are now, among the world’s leading teams, including Real Madrid, FC Barcelona and Slavia Prague. Today, the Club’s home ground is in Chiswick and they field 10 teams and continue to mount annual overseas tours.

For more information about the CSFC, please look at The Civil Service FC website.