My name is Sarah and I am the operations manager for the Resettlement Operations Allocations Team in the Home Office. I am not a natural athlete and I always used to dread PE lessons at school! It was not until more recently that I discovered the joys of exercise.

As a survivor of childhood abuse, I have struggled with depression throughout most of my life and several years ago, when I was in a particularly low place, I read an article about the benefits of physical exercise on depression. With a young family, I knew that I would find it hard to commit time and money to a gym membership so I searched for alternative ways to get fit and manage my mental health at home.

I first began doing free YouTube workouts (Fitness Blender is a great resource of hundreds of free home workouts many of which require no equipment) which I could fit in around my work and family commitments (and much to my husband’s despair, began filling our living room with weights!).

In 2016 I began running in my local park and soon fell in love with the amazing feeling of being connected to nature and feeling alive – and most importantly - being happy to be alive, which was a revelation for me and a turning point in my struggle with depression. As my passion for running developed, unfortunately, I also developed a foot injury.  Not to be deterred, I searched for other challenges and read about a charity climb up the ‘Gherkin’ in London in October 2017 – the charity was the NSPCC and as a lifelong supporter of the charity I knew that this was the next challenge for me. I roped in two colleagues at work to climb with me and between us, we fundraised over £1,500.

I loved the climb and the fantastic views (and champagne) at the top. So I signed up for another charity tower climb a month later, this time raising money for a neonatal charity. I was bitten by the tower climbing bug! I met some fantastic people who tower run as a sport (who knew this existed?!) and joined their club, the Total Motion Tower Runners (#totalmotiontowerrunners on Instagram).

Since then I have completed over 12 tower climbs throughout the UK and participated in my first overseas climb in Munster, Germany almost a year to the day after my first climb up the Gherkin. The majority of the tower climbs are for charitable causes and in 2018 I raised over £1,000 and, as a bonus, I finished 2018 as the 5th ranked female tower runner in the UK.

I have become a passionate advocate for the benefits of physical exercise on mental health for everyone and I have inspired successive teams in the Home Office to climb stairs rather than take the lift. Working in Lunar House which has 20 floors (right up to the roof!) provides an easily accessible place to build exercise into your day, whether it be climbing one flight of stairs or 20!

Working in Lunar House was also one of the reasons why I became interested in tower running – I am able to train on the stairs once or twice a week after work (I do get some strange looks from colleagues!) – it’s free, simple to do and low impact, making it a great exercise for all.  I strongly believe that you can achieve anything you want regardless of your age – young or old – and stair climbing is a great place to start.

Stair climbing has many benefits including:

Back on the road

I have also been able to start running again and completed my first marathon in October 2018, the Beachy Head marathon, which was a baptism of fire into the world of marathon running with a very hilly course through the beautiful scenery of the South Coast. It may have taken me over 6 and a half hours (with a lot of walking!) but I consider it one of my greatest achievements to date – physically and also mentally. I know that if I could complete that I can achieve anything.

The only way is up!

Looking forward to the year ahead, I am taking part in my first tower climb of 2019 on 24 February in Manchester for Christies, which manages one of the largest cancer treatment hospitals in Europe, and I have a number of other tower climbs lined up. I’m also training for several half marathons and will attempt the Beachy Head marathon again in October, hoping to complete it in under six hours!

For people starting out with exercise, my advice would be to start small and don’t expect too much of yourself too soon. Look for easy exercise ‘hacks’ that you can build into your day – take the stairs instead of the lift, walk instead of taking the bus, try a gentle walk/run in the park. Being and keeping fit doesn’t need to cost a lot of money or take up a huge amount of your time.

For further motivation look for charity events to join whether it be a walk, a run or a tower climb! Time Outdoors is a great resource for this. Remember that every little helps your physical and your mental wellbeing.

As I turn 50 this year, I have never felt stronger mentally or physically and I am excited for what challenges the next 10 years will give me. 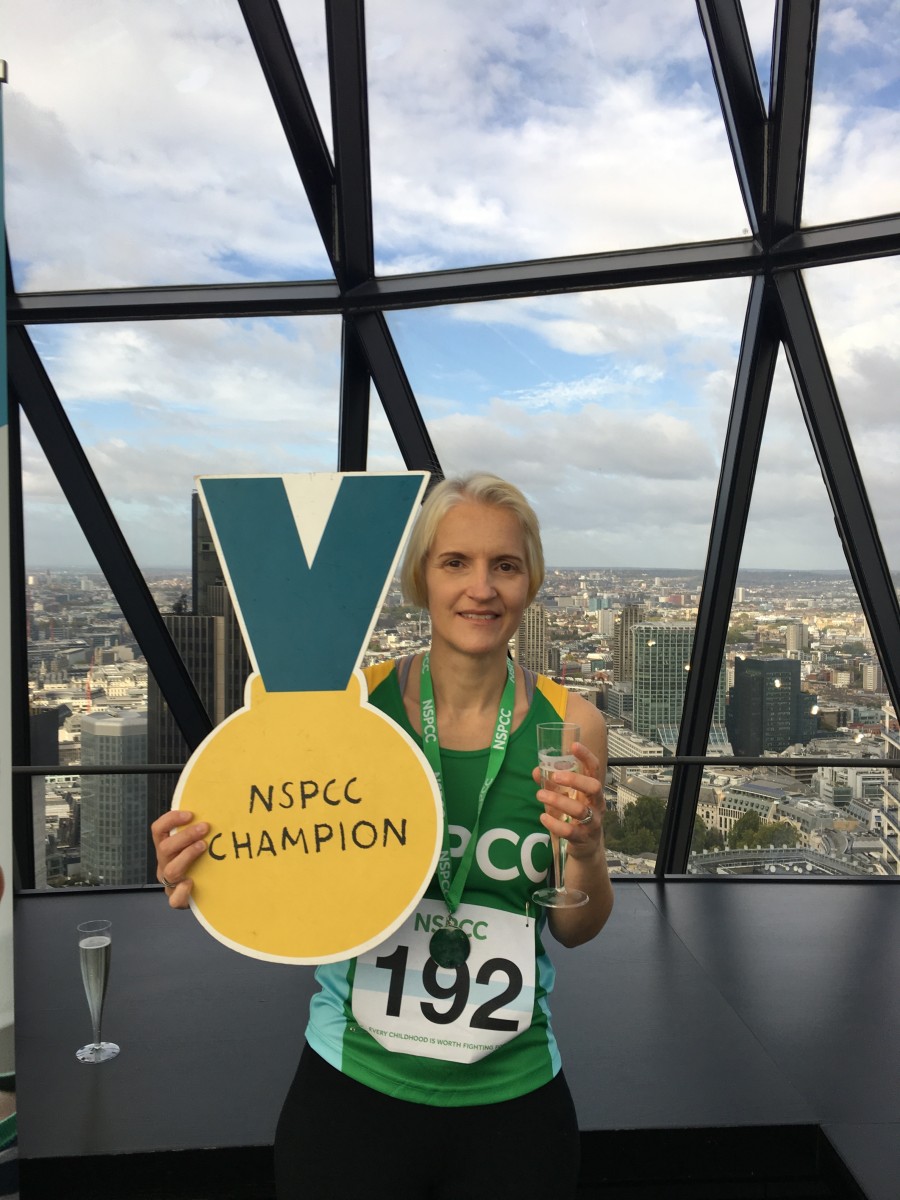 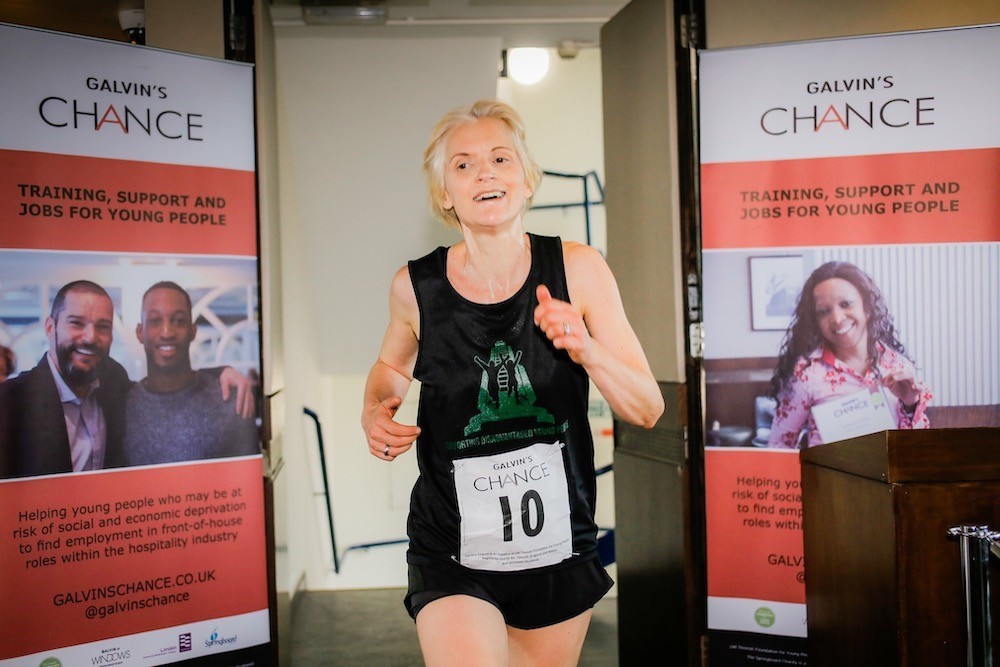 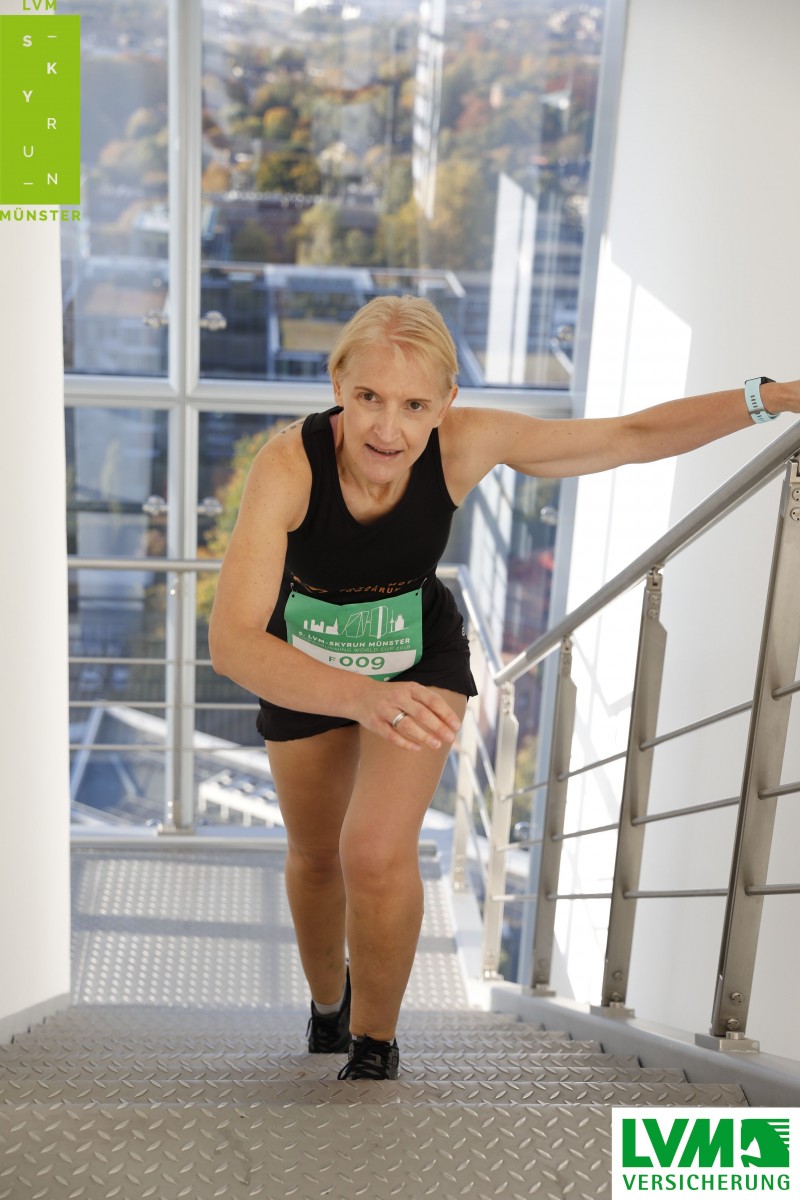