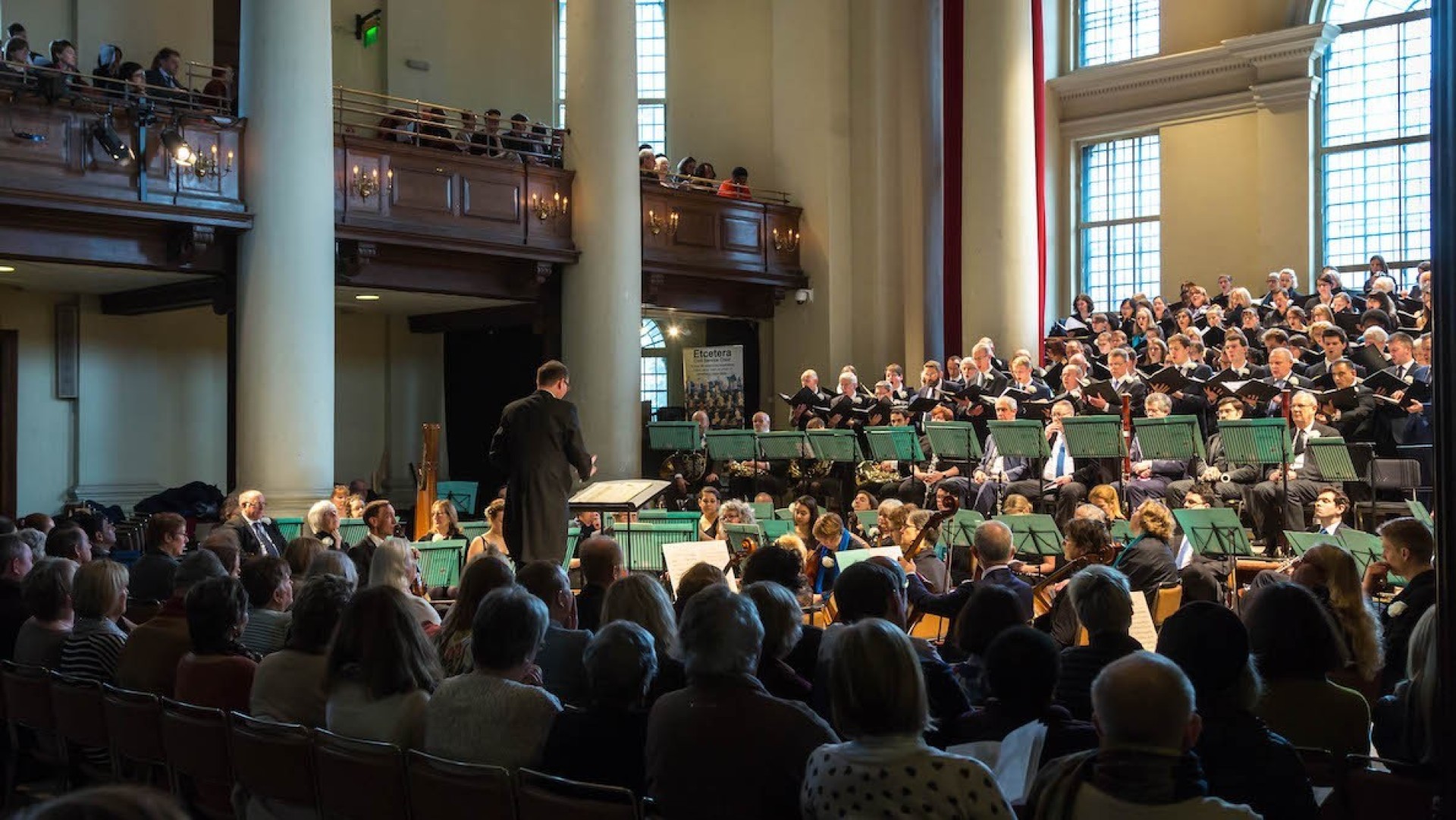 How and why you started the choir:

I started the choir following a chat with two colleagues who were keen for there to be a regular lunchtime choir for staff in three departments in London in which there had been a joint choir some years before. I had various personal reasons as to why the time was right for me to see if I could lead a choir, even though I was starting merely with some experience of being a choral singer, not as a conductor or music director, and without a profoundly musical background. I also wanted to prove to myself that it was possible to get the best out of people without shouting and being abusive – something sadly I had experienced as a singer.  We started off small, but after two months we did our first concert with 25 singers and the choir was born.  When I started I said to the choir “I don’t know what I am doing, neither do you, let’s learn together”. The choir has grown somewhat since then, as have I as a conductor and leader. We have over 150 members; we give large scale concerts with orchestra; we have performed over 100 times; we have raised £000s for charities; and now covering a multitude of departments and agencies we have just been officially recognised as The Civil Service Choir.

Having given 36 public concerts and 68 other performances there are now a lot of highlights.  They undoubtedly include our concerts at St John’s Smith Square (a prestigious concert venue in Westminster), where we have now performed seven times and will perform again in July; the choir’s first tour, which included singing at the Menin Gate Last Post Ceremony in Belgium; performing with an amazing professional jazz trio; and without doubt being appointed an Officer of the Order of the British Empire (OBE) in the Queen’s 2018 Birthday Honours for voluntary and charitable service, in recognition of what I have done to develop and lead the choir and for other volunteering and charitable activities.

What the choir means to you and its members:

I care about the choir beyond measure – it was my baby, and we have grown together.  I put a huge amount into it, but the rewards are immense. I also have a wonderfully dedicated committee supporting me.  The concerts are of course what we work towards.  Standing in front of the choir and an orchestra with an audience of 600 to 700 behind me is a huge adrenalin rush but it is the reactions of the choir and our audiences that provide the greatest reward - I shall never forget an audience member coming up to me with tears in her eyes saying “It was if I had gone to heaven”. However, it isn’t just the concerts - I cannot wait for the next rehearsal. The gradual progress made week after week in rehearsals, no matter the challenge of the music, is what makes it exciting.  There is lots of evidence of the mental health and wellbeing benefits of singing in a choir, and there are many choir members who say how much the choir has helped them.  More generally it is so clear how much being in the choir means to everyone. They wouldn’t put up with my bad jokes in rehearsals if it didn’t. I should like to think everyone goes back to their desks with a smile on their face – not because of my jokes, but because of the beautiful music we have made together.

choir, music, national
More from Volunteering
Back to National News