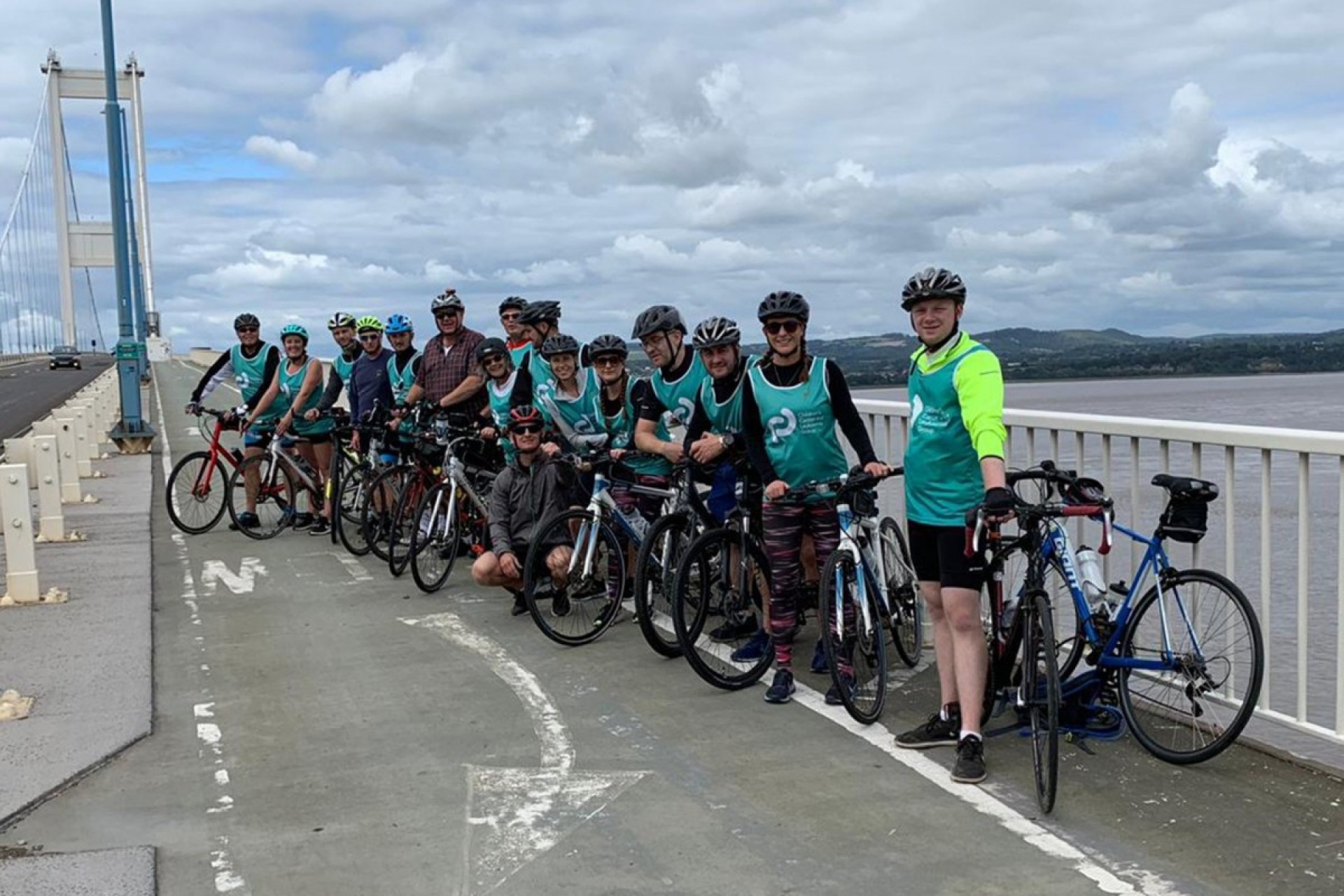 We love to help our members raise money for good causes, whether it be with funding, equipment or advice. But every so often we hear about an event that deserves special recognition.

So, when Ian Cole from Mid and West Glamorgan area association mentioned the charity cycle ride, he and his colleagues from Porthcawl lifeboat station were undertaking, we felt compelled to share his story.

The tremendous work that the Children’s Cancer and Leukaemia Group do in research and supporting families and children suffering from cancer, has always been hugely important to Ian and the team. But when two of their crew tragically lost their son, Hugo, after a brave fight with a brain tumour, their resolve to raise money for this exceptional charity was amplified.

Determined to challenge themselves, 17 members of the lifeboat crew decided to ride 180 miles from Poole in Dorset to Porthcawl in South Wales in just 3 days.

Put the pedal to the metal

Ably supported by family and friends, the peloton set off in good spirits and good weather. Despite getting lost a few times and ending up in fields, farms and stately homes, they managed to cover 80 miles in 10 hours. And as anyone who’s ever cycled in that part of the country knows that’s quite a feat, especially for people more used to wet suits and dinghies than tarmac and lycra.

After a well-earned overnight rest near Bath, the crew took the Avon Valley Way Trail towards Bristol and over the old Severn Bridge for some fantastic views and a quick pause and reflection, halfway through their trip. Finishing day 2 with a difficult slog to Newport saw the peloton cover another 50 miles. The tough going was now beginning to take its toll on the bikes and riders, which were both in need of some recuperation and repair.

It’s all downhill from here on in

Joined by a further 12 riders for the final push home lifted the team’s spirits immensely, but this effervescence soon began to diminish as the group struggled through some of the hardest cycling and toughest stretches on the entire journey.

Carefully picking their way through the ‘Castle-to-Castle’ charity run in erm... ‘Caerphilly’ added to the slow going but did allow for some wonderful photos and memories at the Castle.

A quick lunch to refuel before tackling the daunting rise up Gilfach Goch was quickly followed by a rewarding downhill plummet into Blackmill and onto Kenfig, where the group reassembled for the final procession into Porthcawl. Cheered on by hundreds of colleagues, family and well-wishers the riders arrived exhausted yet elated from their remarkable achievement.

Having raised £11,000, in Hugo’s name, for the Children’s Cancer and Leukaemia Group charity, Ian and the team should feel rightly proud of themselves for their tremendous effort.

Find out more about the excellent work the Children’s Cancer and Leukaemia Group do, here. Or if you’d like to discover why the Porthcawl lifeboat crew have been given 29 awards for gallantry, check out their RNLI page.