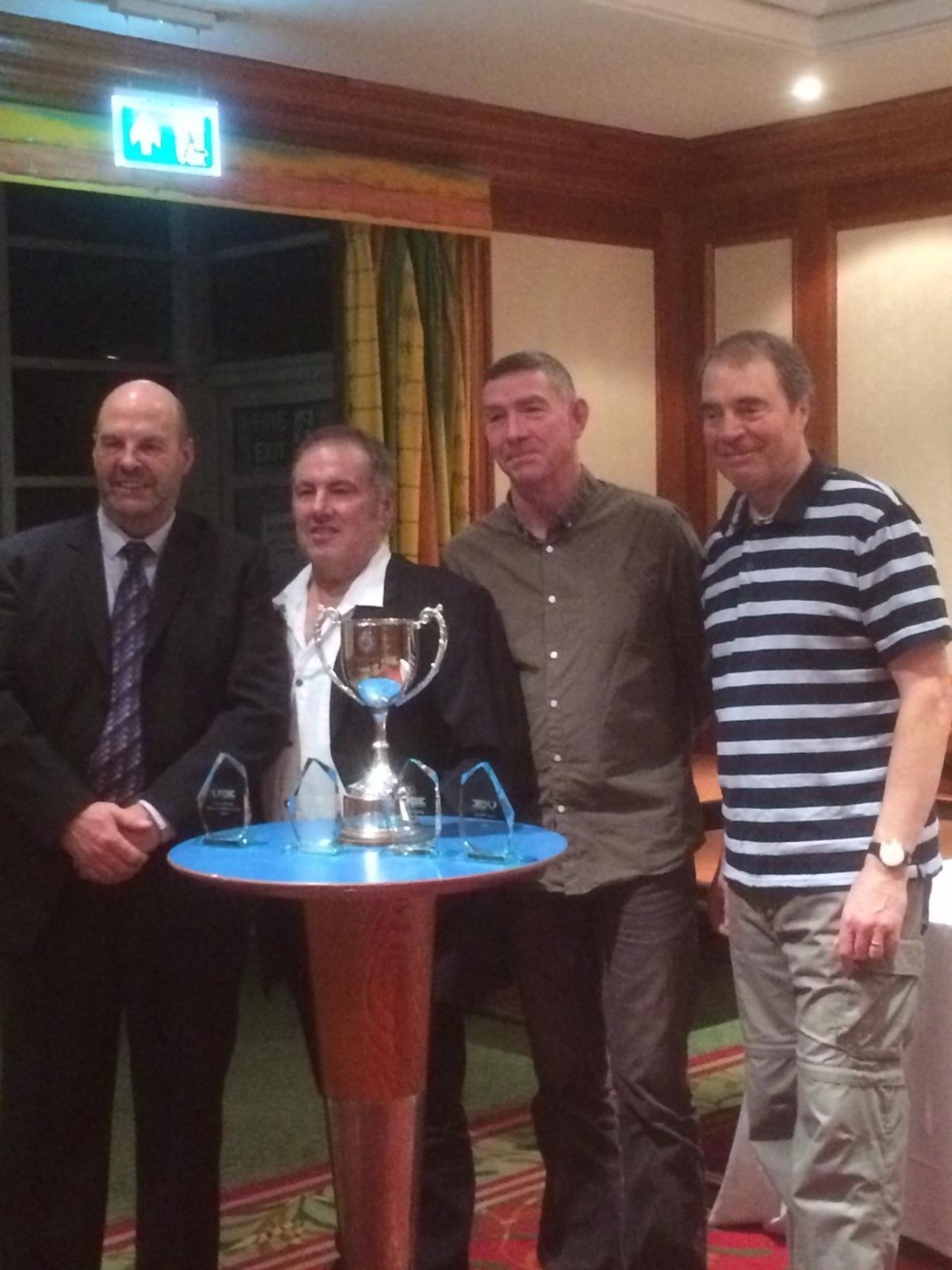 Even with the loss of Spencer Knight (MOD) to injury and Mike Dawson to a Caribbean cruise (MOD), their replacements in SW 1, John Heath and Nick Collin (ex-MOD), combined with the ever present Jeff Griffin and Mike Terry (HASSRA) were a challenging target for all the other 14 teams in this annual event.

The competition opened up with the singles round where John and Nick both secured high points coming second in their respective seeded events as did Mike Terry coming fourth in his grouping.

SW 1 had to put the pressure on in the doubles and they certainly did. John linked up with Nick to gain maximum points in their grouping whilst Mike made up for Jeff’s off day by securing fifth place in their division.

An early start on day two for those in the Masters saw John seemingly on his way to maximum points when misfortune in the last game of five struck, allowing NE 1 and Eastern & London to sneak past him. Coupled with an average result from the trios, it left the current champions trailing in second place to the resurgent Eastern & London team who picked up maximum points in both events to lead by seven.

SW 1 knew they had to win the team event to hold onto the National Champions trophy for the fifth year in succession and yes, they did it in style. Their combined total was 90 pins clear of their nearest rivals and with maximum points it enabled SW 1 to push Eastern & London back into second place.

Other CSSC members who qualified for this event were:

SouthWest
More from Local news
Back to National News