Age is no barrier

My name is Matt, and mine is not a couch to fitness story. While I’ve had an office-based career in the civil service (from which I took an early severance package), I’ve always been active in sport. It is, rather, one showing that ‘advancing’ age is not necessarily a reason to become inactive, and that overcoming setbacks is just part of the challenge.

Use it or lose it

I read a newspaper column this week where the columnist concluded, at the same age as I am, that her days of being able to do the active things she used to do were now behind her and while those of us over 50 may be young at heart, we are sadly old everywhere else. To which I would respond ‘use it or lose it’. If you are prepared to embrace physical activity as a way of life, then this pessimistic outlook really doesn’t have to happen. Even if you get dealt a couple of blows along the way which you have to work around and recover from.

A medical condition hampered me for quite a long time. When I was about 13 I was playing basketball and my heart suddenly started racing. By the time the GP came out, it was fine and, back then, I don’t think they really knew much about the condition I was eventually diagnosed with. I just learned to get on with it. It could be induced by sport, such as colliding with someone at football or taking a ball on my chest, but it might just as well happen when bending to tie up a shoelace. It would probably go to over 200 bpm and would last for varying times from a few seconds to several long minutes. In the shoelace example, I could just take a deep breath, hold it for a while, and it would go back to normal but, if playing sport, it would need me to stop and ‘get the adrenaline out of my system’.

As I approached 30, however, it started to happen more frequently and was getting harder to get under control so (probably far later than I should have done!) I had it investigated and it was diagnosed as Wolff Parkinson White syndrome. Here the individual has an extra bit of tissue in their heart which can set up a circular flow of the heart’s electrical charge, causing the racing heartbeat. The process of the diagnosis was a bit frightening in itself, as they induced a massively fast rhythm (over 300bpm — and I was fully conscious) in theatre but couldn’t slow it back down through injected medication and I had to have my heart defibrillated.

Long story short, I was then on medication for ten years, and then when I was 40, I had an operation where the tissue pathway was ‘ablated’ (burned through via wires inserted into the heart through a vein in my groin). This was an amazing operation as it cured my problem entirely and I’ve never had any issue since or problems for sport.

I also feature as a case study in a British Heart Foundation leaflet! I never, however, considered adopting a sedentary lifestyle during the time I had with it. If anything, I felt exercising and making my heart stronger would be better for me, and I’m convinced I was right.

In 2013, however, after starting the racing season slowly due to recovering from an ankle sprain, I was hitting good form at the end of the season so elected to do one further Olympic triathlon. I was chasing hard on the bike and in the process of consuming my last gel and taking a drink. Somehow, I lost control of my handlebars and I crashed heavily on the road, at speed. My back wheel buckled and I was ferried back to race HQ for my only ‘Did Not Finish’ to date.

Initially, I had a stiff neck and some bruises, but I then started to develop what seemed like unconnected pain, in my shoulders, groin, back, hamstrings, chest and they just wouldn’t get better. I couldn’t turn over in bed without pain, and I had to lift my legs into the car.

I lost all of the 2014 season as my GP tried various medications and it was a very depressing time. I received a diagnosis of Polymyalgia Rheumatica, something that can be brought on by a trauma, which is where bouncing off a road wasn’t a good idea. I was prescribed corticosteroid medication and I was able to get back competing. The condition seemed, however, to make me more susceptible to other injuries, and I had to withdraw from GB teams for triathlon and duathlon in 2016 and 2017 due to bursitis in both shoulders, which prevented me swimming, and then glute injuries which prevented me running.

I continued to do what training I could, which was mainly cycling and, eventually, over the course of the next four years, with the help of medical and sports therapy staff, rehab and time, I recovered from the injuries, and the condition disappeared, but it was one of the most trying times of my sporting life, and one that I wondered if I’d come fully out of.

At last, though, I feel good and, approaching 58, feel I’m getting about as fit as I have in my life. Last year I completed the Maratona Dles Dolomites, one of the biggest Italian Granfondo bicycle races, covering 86 miles over seven mountain passes in the Dolomites with nearly 14,000 feet of climbing.

This year I will represent GB again in both the European and World Age Group sprint duathlon championships, and I am training to undertake an Ironman triathlon (2.4-mile swim, 112-mile cycle, marathon run) in Denmark, followed by a marathon back in the UK later in the year.

The fact is that, even over 50, we are capable of being very active and an active lifestyle has so many benefits for health and wellbeing. I know many, many people my age and above who can accomplish excellent sporting results across a whole range of distances. If you’re prepared to embrace it as a lifestyle and do the training required, there are few limits on what you can’t do. For me, being fit enough that few physical challenges in life worry me is a great feeling. And representing your country in your 50s? – now, that does make me proud!

Well done Matt for such a super inspirational inspire me story. 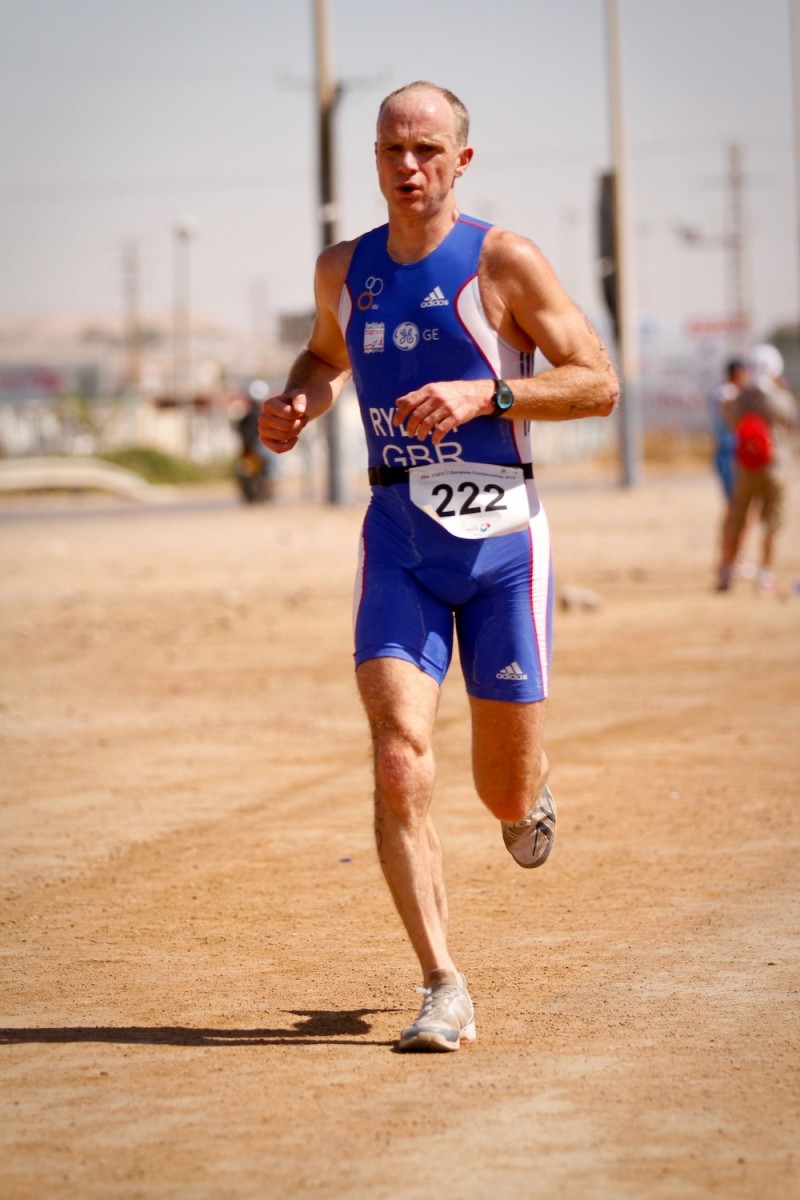 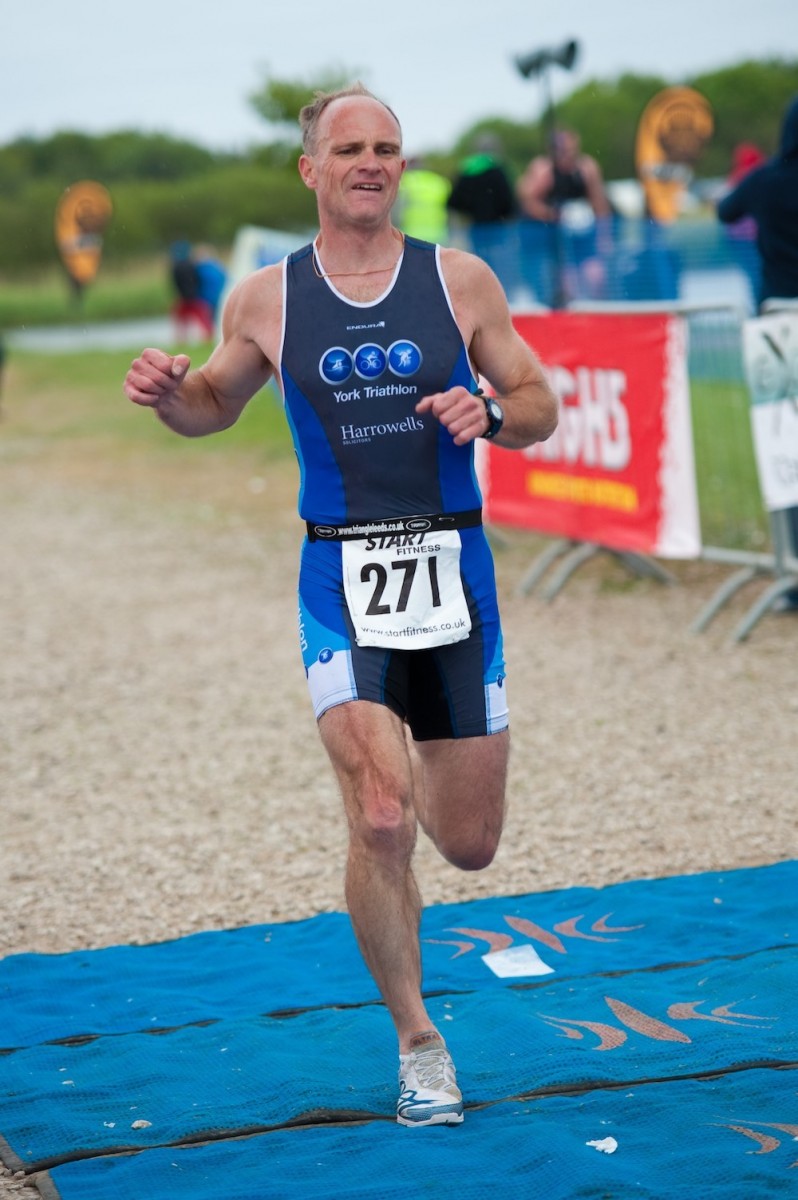 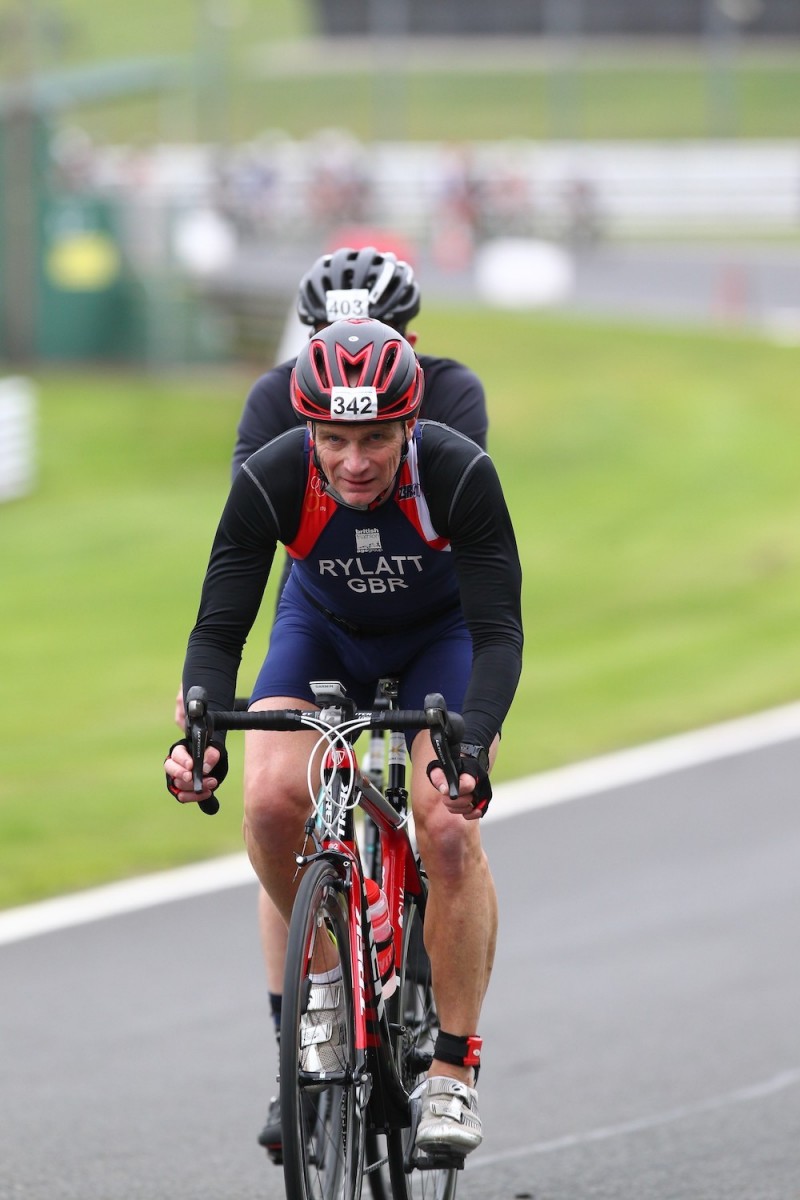